This search form uses an instant search feature. As you type, search results will appear automatically below the search field. When you've entered you desired search terms use tab to navigate through the available results and hit enter to open the selected page or document.
EDIT MAIN

Members of the Board 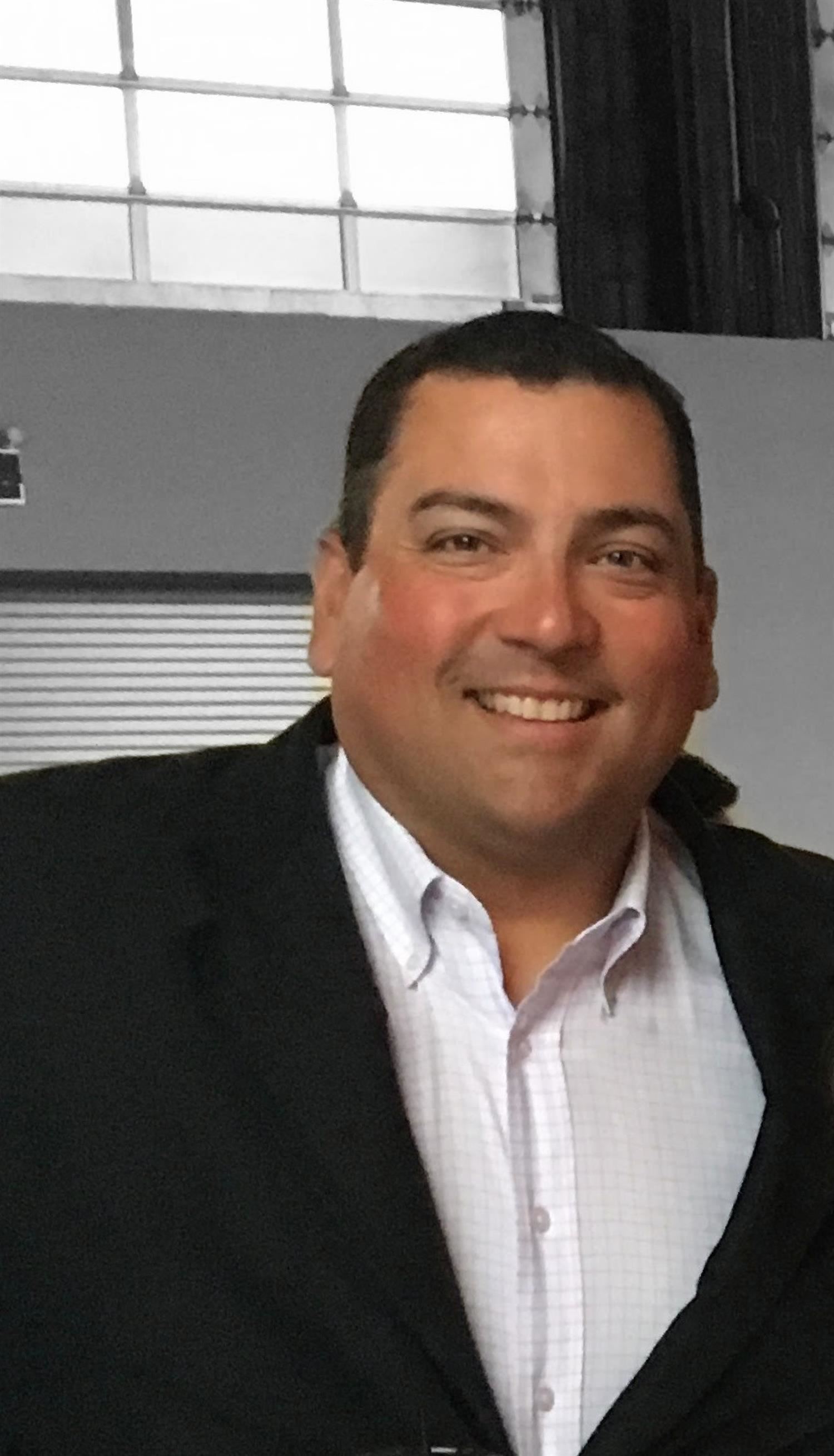 John Regan joined the Madison Board of Education in January 2020.

John has lived in Madison since 2010 along with his wife, Christine. He has two sons and a daughter who currently attend Madison High School, Madison Junior School, and Torey J. Sabatini Elementary School.

John earned a BA in History from Rutgers University and his MA in Educational Administration from Cambridge College in Massachusetts. Currently, John is a Social Studies teacher at West Essex Middle School and is the head varsity golf coach at West Essex High School. He has over twenty years of experience as a teacher of social studies and coach of football, baseball, and golf.. In that time he has served on several committees including union negotiations, intervention and referral services, differentiated instruction, and others.

Throughout his time in Madison, John has coached several Little League Recreation teams as well as Williamsport travel teams. John is a member of the Madison Little League board and serves as the Tee Ball Commissioner. 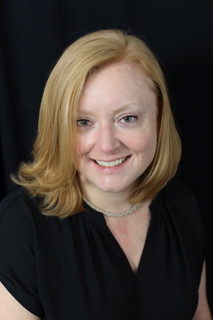 Pam has served as a member of the Madison Board of Education since January 2018; she was re-elected for a second term in 2020. During her time on the Board, she has been a member of the Human Resources, Education, Shared Services, Policy, and Negotiations Committees.

Pam holds a BA from Union College (NY) and an MBA from Fordham University. She has more than 20 years of experience in Human Resources management in both consulting and corporate, with expertise in talent management, learning and development and diversity & inclusion. She currently works at a global business process services company in New Jersey.

In addition to her work on the Board, Pam has served the Madison community in several volunteer capacities, including as Treasurer of the Kings Road PTO and KRS Girl Scout Troop leader. She coordinates senior gift giving for the Madison Eagle Christmas Fund and she is an American Corporate Partners mentor, mentoring military veterans as they transition to the private sector. 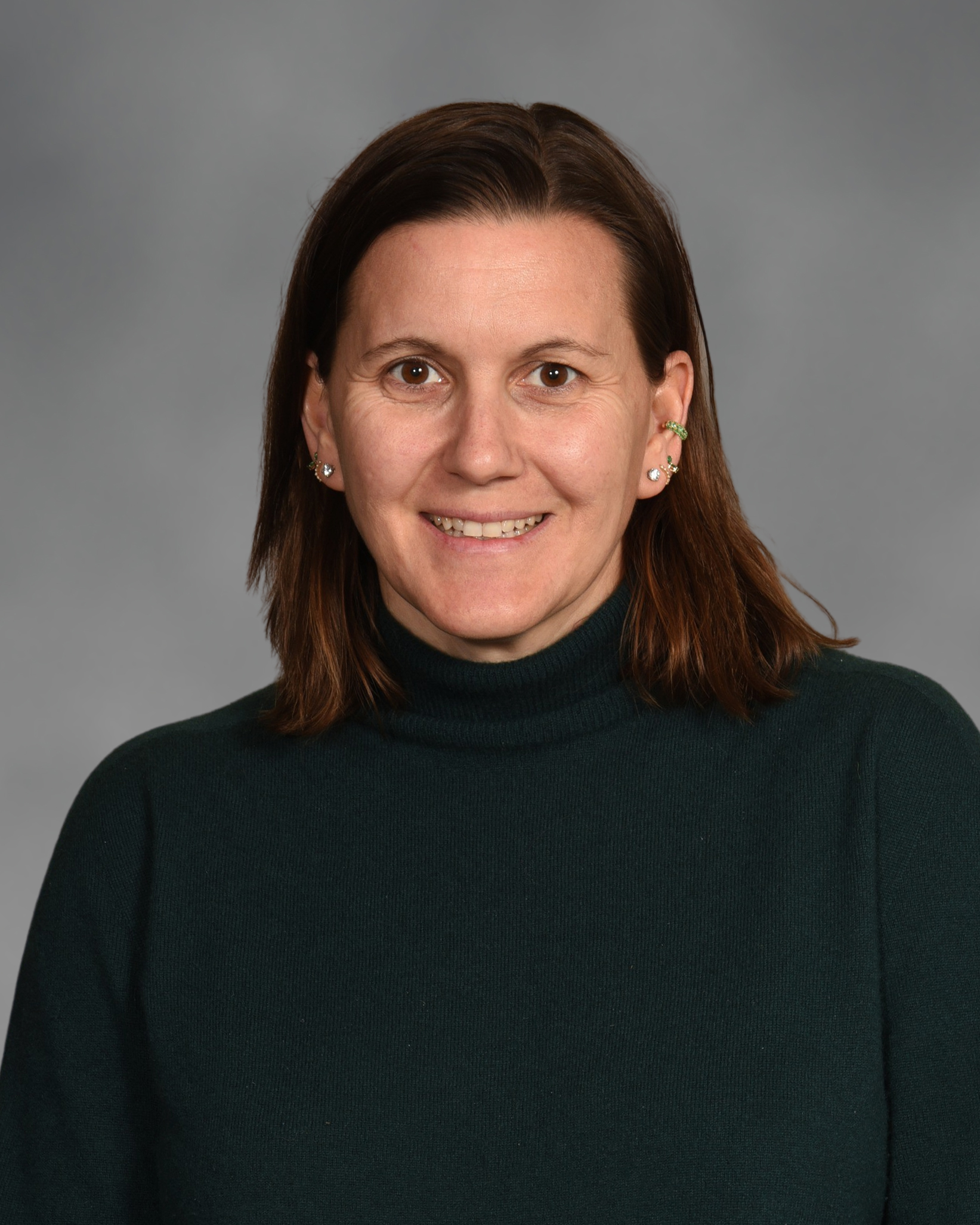 Sarah has served on the Madison Board of Education since January 2019. She currently serves on the Education and Operations Committees, on the Negotiations team and as the BOE representative to Sustainable Madison.

Sarah moved to Madison in 2011 with her husband and partner Owyn. They have two children, one who attends Kings Road School.

Sarah holds a BA from Hamilton College (NY) and a Master of Arts in Liberal Studies (MALS) from Dartmouth College. Sarah has over 20 years in education as a classroom teacher, administrator and in nonprofit management. She is excited to be working as a member of the Madison Board of Education for a fourth year in addition to her job as the Director of Community Service and CAS and an Advanced Placement and International Baccalaureate Humanities teacher at Newark Academy in Livingston.

In addition to her work on the Board, Sarah has served the Madison school district as a founding member of the Kings Road School Green Team and the Garden Coordinator. In this capacity she helped integrate the garden into the school community by writing the garden curriculum and running the parent volunteer group that maintained the garden and helped teach lessons. She has headed the May Day and Veterans Day beautification projects at the school. She also served as the PPEC representative to Kings Road and as a room parent. She has volunteered at the school in various capacities. 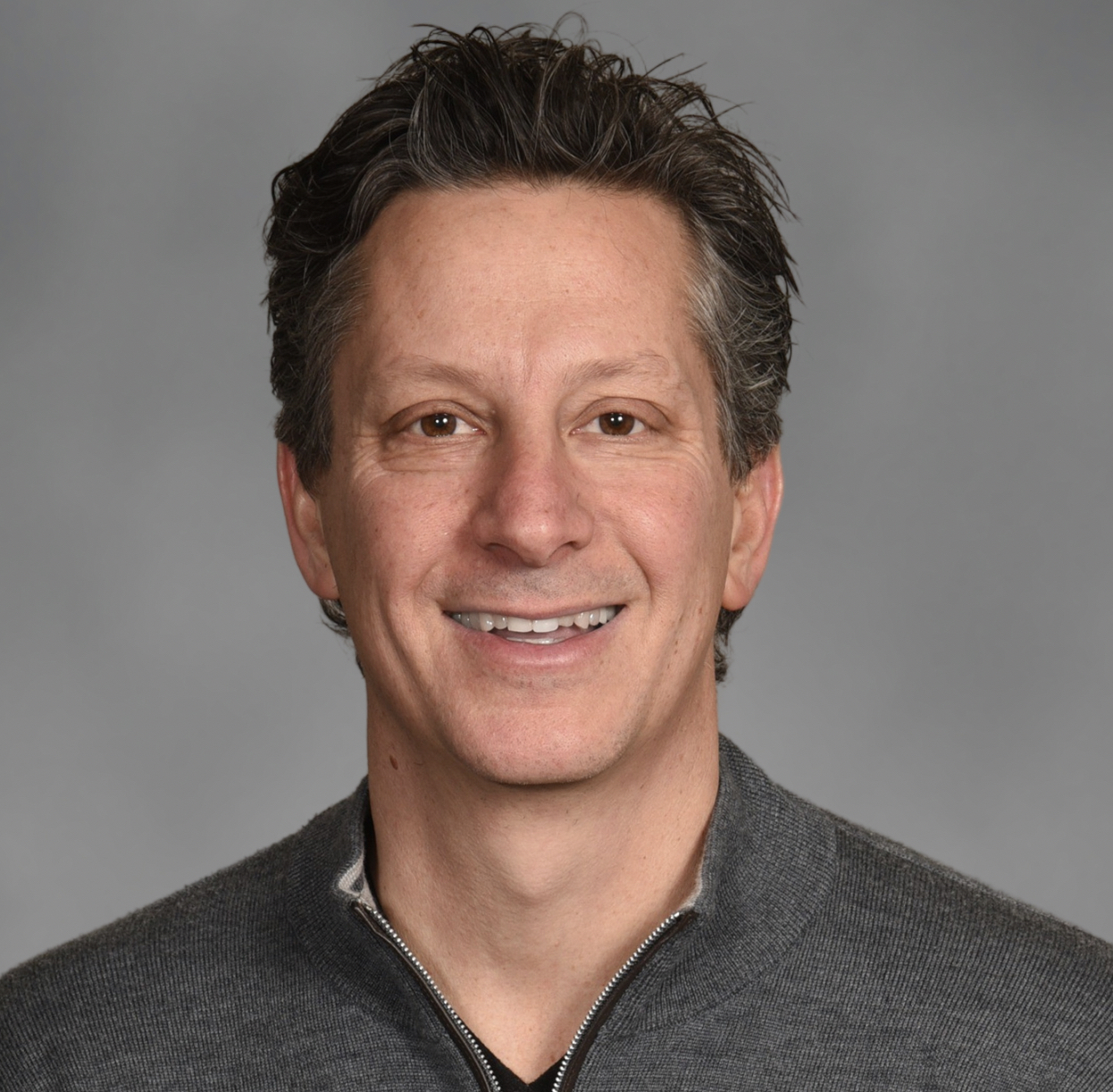 David has served as a member of the Madison Board of Education since January 2018. During his time on the board David has served on the Education and Operations committees as well as the Board representative to Madison’s Recreation Advisory Committee (RAC).

David has lived in Madison since 2013 and along with his wife, Laurel, has two sons, one currently enrolled as a 9th grader at Madison High School and a 5th grader enrolled at Torey J. Sabatini Elementary School.

David earned his undergraduate degree from Hobart & William Smith Colleges and his Masters degree from New York University. Currently David serves as a co-founder of Thru, a K-12 education management consultancy, supporting visionary K-12 district leaders and education providers across the United States. Prior to his current role, David was a senior managing partner at Gartner Inc. and led their global K-12 Education practice.

2022 Board of Ed Committee Membership: Education 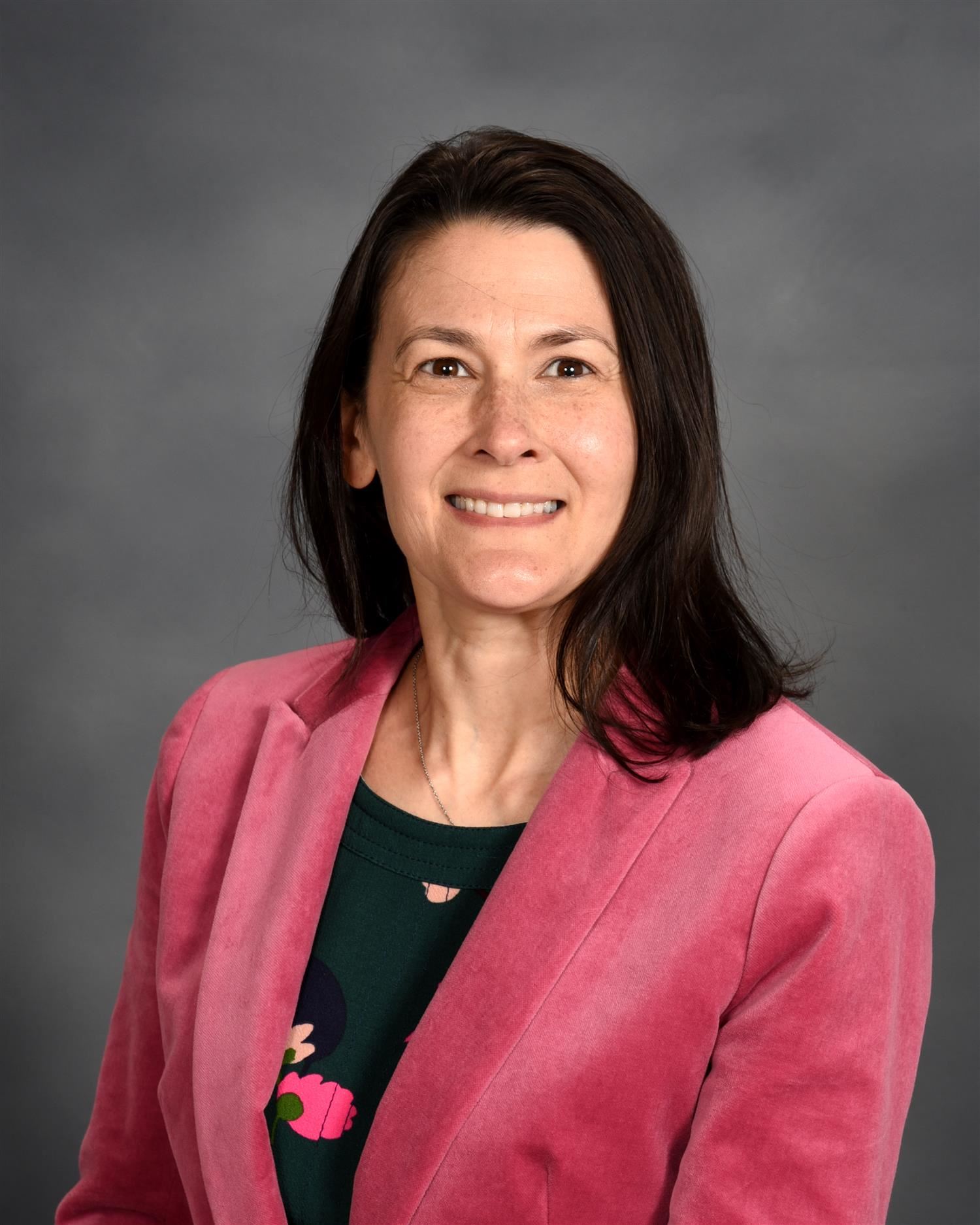 Heather has lived in Madison since 2015 and has three elementary-age children in Madison Public Schools.

Heather has a BA from Bryn Mawr College and an MSc from the London School of Economics. She is an IT professional in the healthcare industry with focus on project management and product delivery.

During her time in Madison, Heather has been an active member of the PTO, volunteering often in her children’s school. She also helped lead the PTO project to fund a major playground upgrade to the school, which was installed in Spring of 2019.

Steve Tindall has served as a member of the Madison Board of Education since January 2020. He serves on the Operations, Human Resources, Negotiations, and Shared Services Committees. In addition, he is the Board representative to the Downtown Development Commission.

Steve and his wife Jocelyn have lived in Madison since 1992 and in New Jersey since 1987.

Steve earned a BA in Chemistry from Hendrix College and a PhD in Biochemistry from Baylor College of Medicine. He began his scientific career as a staff researcher in biochemistry at the University of Wisconsin-Madison before he moved into biotechnology research in the pharmaceutical industry at the Schering-Plough Research Institute and later founded a biotechnology testing laboratory, Argo BioAnalytica.

Steve is now retired. His ongoing interests are gardening and Linux-based information technology. Steve is a founding member of The ELRepo Group (elrepo.org), which supports the Enterprise Linux software-hardware interlink, and continues his extensive volunteer work with the group since 2009. 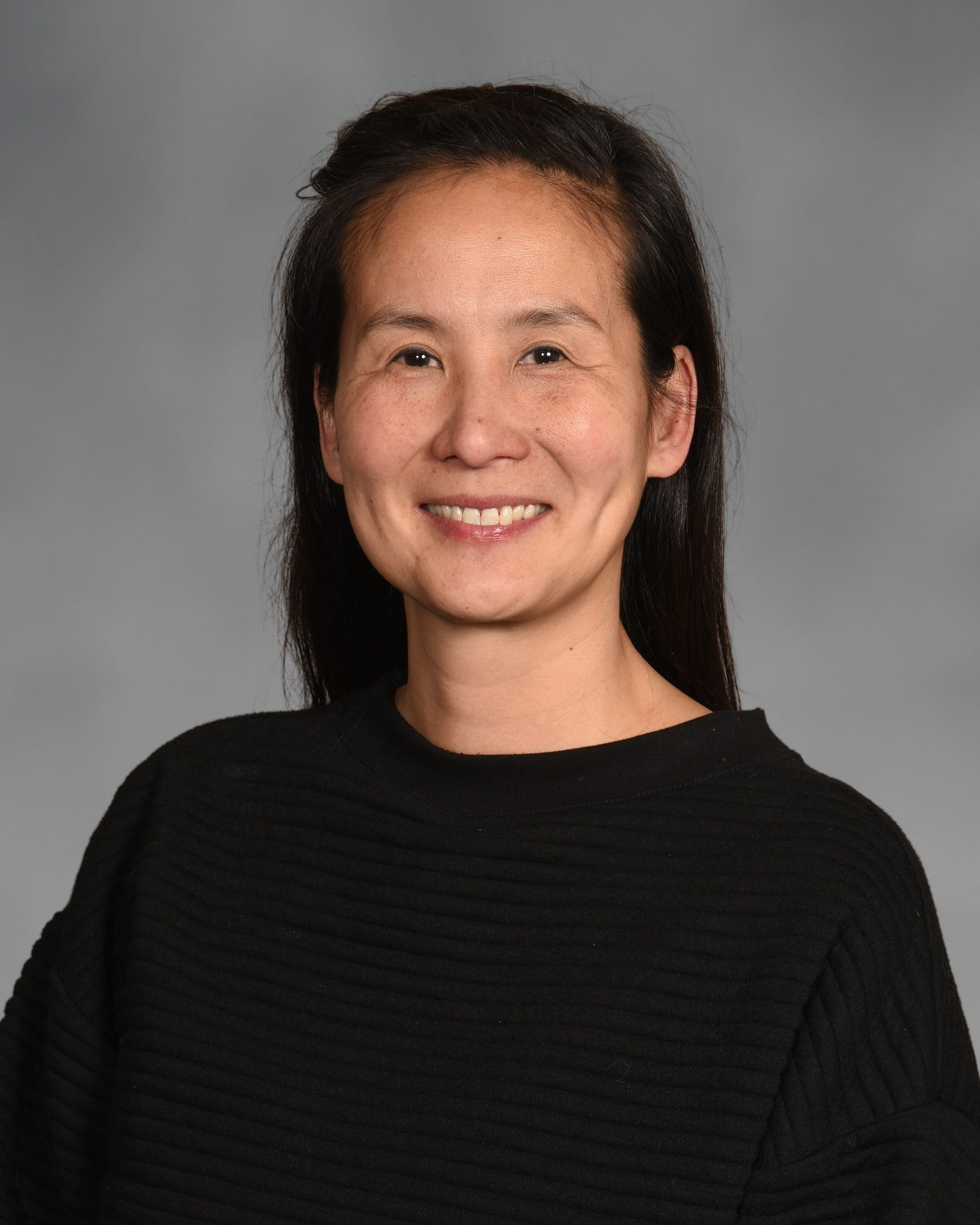 Grace Kim joined the Madison Board of Education in January of 2022.

Grace has lived in Madison since 2012 with her husband, David Dobesh. She has a daughter who attends the Peck School in Morristown and two sons who attend Central Avenue School.

Grace earned a BA from UC Berkeley. Grace worked in Corporate Finance after graduating Berkeley until she retired from the industry at 30 years old. After living in the Bay Area, California, her whole life, she moved to New York City where she earned a culinary degree from the French Culinary Institute in Soho and then an MA at NYU. She worked in busy NYC restaurants only to realize her skills were better utilized in television. She transitioned to work in TV, researching, producing and directing shows for Bobby Flay, the Food Network and CBS news. While living in NYC, she met her husband David and started their family before making the move to the suburbs. She misses NYC, the energy and the amazing food available on every street corner but her children love Madison.

Grace is now a full time mom but also dabbles in other forms of employment including real estate and working with dogs. An avid dog lover, she hopes to start a business someday working with dogs all day. 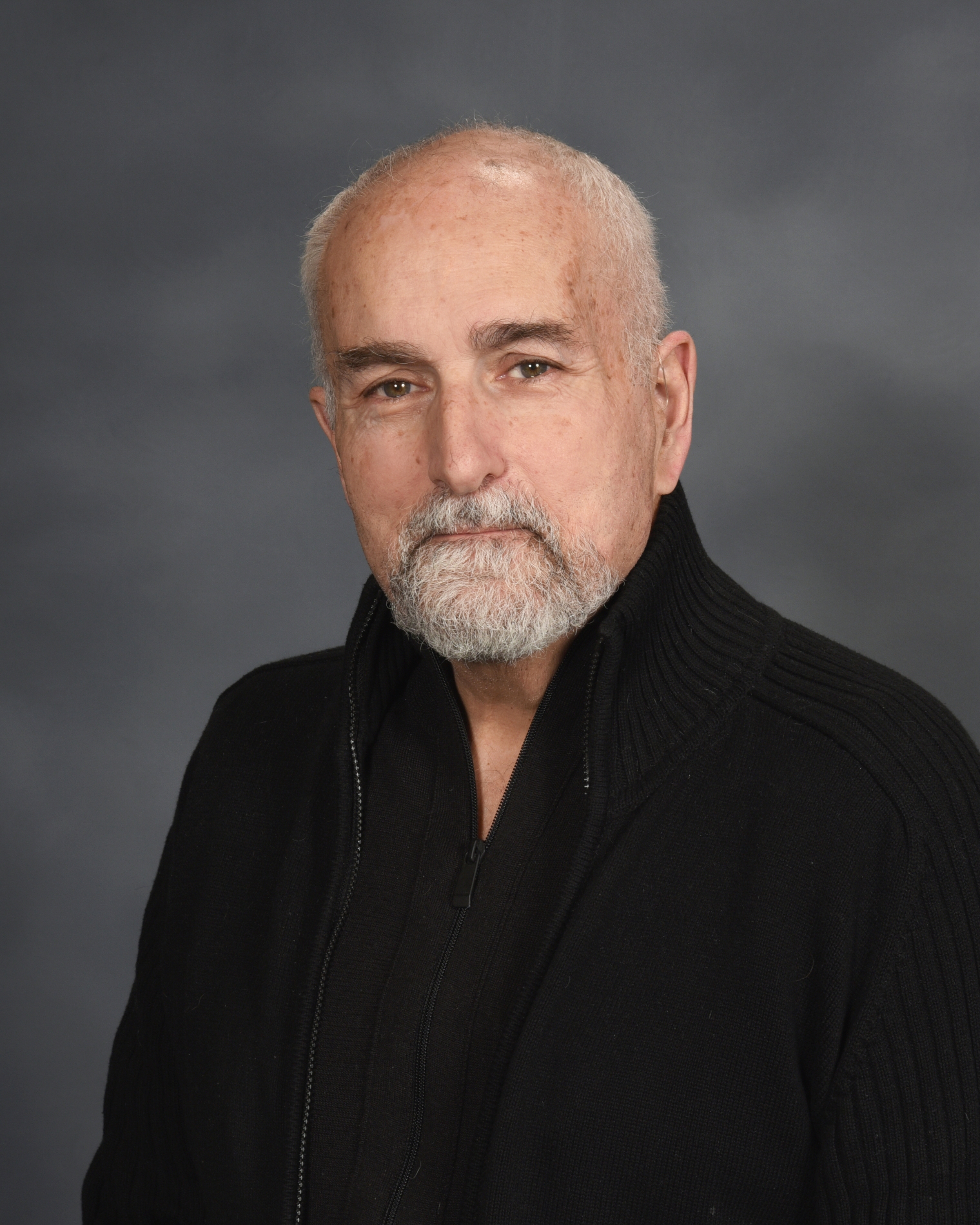 He has been Harding’s liaison to ECS and Morris County School Board. In January 2020 he was selected to serve as the Harding BOE’s appointed representative on the Madison Board of Education.

Richard has lived in Harding since 1991 with his wife, Barbara. They have 4 married children and 5 grandchildren.

Richard earned his undergraduate degrees in History and Political Science at Marist College. He is retired after a career at AT&T and 20 years as the Managing Partner of Bruno & Buchanan Group LLC. While at AT&T, Richard was awarded 18 Patents in Network and Video technologies. While on loan to AT&T Bell Labs, he chaired AT&T’s Strategic Global Video Initiative in developing video distance learning.

In addition to his work on the Harding Board, Richard has served the Harding Community in several volunteer capacities, including the Environmental Committee and the Harding Shade Tree Committee. He also coached HTA Soccer and Baseball. Richard is also Vice President of the Board of Trustees of the Harding Green Townhouse Association.